I remember sitting thinking to myself, “how did I get here?” 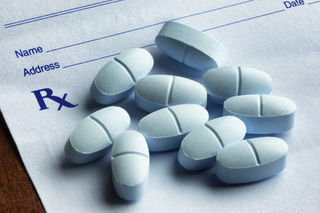 At that moment in time, a patient was voicing displeasure to me because I would not prescribe opioid pain medications for a chronic pain complaint that did not warrant such medications. It wasn’t the first time, and it certainly wouldn’t be the last. I had provided several other medical recommendations—but all the patient heard was “I will not be refilling your oxycodone today.”

I could already see the Yelp review that was headed my way later that day.

How did we get here? How did the United States become the only country currently facing a prescription epidemic of this magnitude? As a country, we are opioid overdosed.

Prior to 1986, opioids were really used only to treat acute pain, cancer pain, or terminally ill patients. The use of opioids to treat non-cancer pain was controversial. Two physicians (Portenoy and Foley) wanted to find out if chronic nonmalignant pain patients could benefit from using opioids. They ended up treating 38 patients with non-cancer pain for greater than six months with a median daily dose of less than 20 morphine milligram equivalents per day. They published their results in 1986. The lack of clinically significant adverse events led them to believe that physicians could safely and effectively prescribe opioid medications to patients without a history of substance abuse with “relatively little risk of producing maladaptive behaviors.” The results of this paper began the push of physicians towards greater acceptance of the use of opioid analgesics to treat non-cancer pain.

The movement gained momentum in the 1990s, when state medical boards curtailed restrictions on laws governing the prescribing of opioids for the treatment of chronic non-cancer pain. This led to new pain management standards for in-patient and outpatient medical care implemented by the Joint Commission on the Accreditation of Health Care Organizations (JCAHO) in 2000. These new standards led to an increased awareness of the right to pain relief, which provided further justification for physicians to use opioids to treat non-cancer pain.

Other factors that fueled the increase were aggressive marketing by the pharmaceutical industry and the promotion of increased use of opioids in the treatment of non-cancer pain by myriad medical organizations.

I entered medical school in 1998 in the midst of this movement. I vividly remember one of my first lectures detailing how I could be disciplined by the medical board or even sued by a patient if I did not aggressively treat their pain. Today, we have many physicians contributing to the epidemic with a lack of understanding about the long term effects of opioid prescribing and also over prescribing.

We can’t just blame the doctors. Patients often feel entitled to the medications they feel they want. They can be demanding, insulting, and uncooperative with regard to treatments offered as alternatives, often because they are facing an addiction. Other patients demand immediate satisfaction instead of putting the work into building a healthy body. Reputable physicians have to resort to checking a patient’s state prescription records and random drug testing.

What has been the net result of this opioid movement? The quantity of prescription painkillers (i.e. opioid medications) sold to pharmacies, hospitals, and doctors’ offices was four times larger in 2014 than in 1999. According to the CDC, drug overdose death rates in the United States have more than tripled since 1990. In 2015, there were over 22,000 deaths involving prescription opioids, equivalent to about 62 deaths per day. Almost all of these opioids involved in overdoses have been prescribed legally.The misuse and abuse of prescription painkillers was responsible for more than 475,000 emergency department visits in 2009, a number that nearly doubled from the previous five years.

Alongside this epidemic, the awareness and attention to chronic pain improved our options for treating patients. There are many alternatives to treating pain that should be considered before opioids are prescribed. Although prescription opioids can help manage some types of pain, there is not enough evidence that they improve chronic pain, function, or quality of life.

Often times, the best of intentions backfire. Dr. Portenoy has since been quoted as saying “well we didn’t know then what we know now.”