Getting too much of a good thing 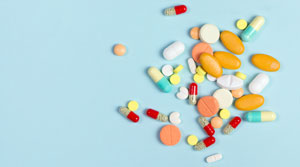 Your nerve cells are constantly in a state of production to create the chemical serotonin which is made from the essential amino acid tryptophan. Serotonin is known to help regulate digestion, body temperature, sleep, bone health, blood clotting and even sexual function. More importantly, serotonin is known to help regulate anxiety and your mood, specifically happiness. It is important that you maintain normal levels of serotonin for all of these conditions to function properly. Low serotonin levels are associated with anxiety, insomnia, and depression. Adversely, high levels of serotonin are associated with osteoporosis, low sex-drive, and nausea.

Common symptoms of serotonin syndrome are agitation, restlessness, chills and shivering, headache, diarrhea, muscle twitching or muscle stiffness, rapid heart rate, confusion, loss of coordination, and excessive sweating. It is imperative to seek medical attention if you develop these or worse symptoms, such as high fever, irregular heartbeat, seizure, and unconsciousness.

Although symptoms usually subside after discontinuing use of the medications, if left untreated, serotonin syndrome can result in unconsciousness and in some cases can lead to death. It is important that you talk to your doctor about all medications you are currently taking before beginning a new prescription.

Tricyclic Antidepressants, such as amitriptyline and nortriptyline (Pamelor)

Anti-migraine Medications, such as carbamazepine (Tegretol, Carbatrol, others), valproic acid (Depakene) and triptans, which include almotriptan, naratriptan (Amerge) and sumatriptan (Imitrex, Tosymra, others)

Although you never want to start or stop taking any medications without consulting your doctor, there are 4 ways to boost serotonin levels without prescription medications. If you suffer from depression, anxiety, irritability, poor sleep, decreased appetite, nausea or poor digestion you might consider raising your serotonin levels naturally. If you think you could benefit from higher levels of serotonin, here are a few ways you can do it on your own.

1. Get moving. Aerobic exercise specifically is efficient at getting serotonin levels up. You’ll want to do something that you enjoy while increasing your heart rate. Here are a few ideas for you to try:

2. Get a massage regularly. Studies show that people with depression can raise their serotonin levels after just a few weeks of having a weekly massage. You can get a massage at your favorite spa, medical massage office, or even right at home from a loved one.

3. Boost your ability to make serotonin with food. Tryptophan is an amino acid that can be found in foods with high protein content. Studies show that tryptophan rich foods can help your body produce the chemical serotonin when paired with a carbohydrate. Try pairing some options from these two columns for your afternoon snack: