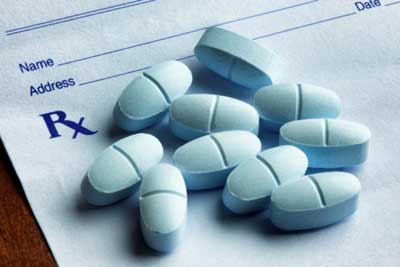 In March of 2016, the Centers for Disease Control and Prevention (CDC) released guidelines for prescribing opioids. These guidelines were written to give primary care physicians recommendations on how to treat chronic pain outside of active cancer treatment, palliative care, and end-of-life care.

Why did the CDC release these guidelines? The United States is currently in a prescription drug use epidemic. In 2012, healthcare providers wrote more than 259 million prescriptions for opioid pain medication.

How the Guidelines Have Affected Patients

Since the release of these guidelines, chronic pain patients are being directed to alternative forms of treatments besides opioids. Treatments such as cognitive behavioral therapy (CBT), physical therapy, massage therapy, and mindfulness practices are being recommended more and more. According to Kroneke & Jones (2017)[1], “Nonpharmacological pain therapies provide a promising alternative. Cognitive behavioral therapy (CBT) has the strongest evidence…although less conclusive, evidence exists for yoga, mindfulness, or meditation-based therapies, acupuncture, chiropractic, and massage.”

According to Pain News Network, since the release of these guidelines, “Many patients now say their doses have been abruptly lowered or they are unable to obtain opioids at all.”

How the Guidelines Have Affected Primary Care Physicians

Due to the strict guidelines recommended by the CDC, primary care physicians are hesitant to treat chronic pain patients, and instead, often refer them out to pain management specialists. These specialty pain clinics are typically equipped with a team to help patients manage their chronic pain using interventional treatments. Often times these clinics have a fully equipped team consisting of physicians, nurse practitioners or physician’s assistants, and physical and occupational therapists.

How the Guidelines Have Affected State Laws

The State of Nevada willingly adopted these guidelines and created a plan to reduce prescription drug abuse. In April 2017, Governor Brian Sandoval announced that Nevada will receive “a $5,663,328 grant to combat opioid addiction.” The funding, which is the first of two rounds provided for the 21st Century Cures Act, will be provided through the State Targeted Response to the Opioid Crisis Grants administered by the Substance Abuse and Mental Health Services Administration (SAMHSA).”